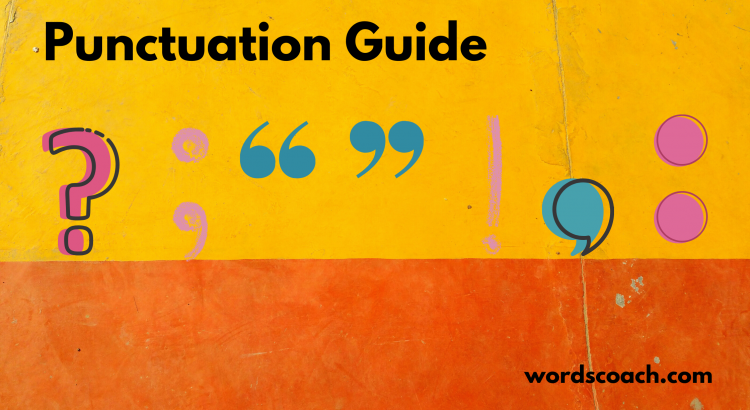 In general, we don’t pay much attention to punctuation. Although, using punctuation in your writing helps the reader to explicitly understand the message that is being conveyed. Punctuation essentially helps you to indicate the pauses and the emphasis on certain ideas or thoughts that are discussed in the text. Most of you appear for aptitude exams nowadays. Many of these competitive exams have a writing section. You will be given a topic to write on that. At that time, you cannot afford to rule punctuations out. In this article, let’s go through 10 types of various punctuation marks and know the usage of them

Here are 10 types of various punctuation marks and how do you use them is given below:

Commas make the meaning of the sentence clear by grouping and separating words. It indicates a pause in complex sentences. Remember that it is required to leave one space after you use a comma. Below are some examples of when to use a comma in a sentence.

1. A comma is used to separate independent clauses in a sentence.

She, as well as her sibling, is going for a picnic.
Yesterday was her brother’s birthday, so she took him out for dinner.

Yes, this should be fine.
However, it is not going to help.

3. Commas are used to differentiate between all geographical names, items in dates, addresses, and titles in names.

4. Commas are used to create lists. This comma is known as Oxford Comma. Also called the Harvard Comma or Serial Comma.

5. A comma is also used when you report direct speech, and shift from the description to reported speech.

Full stop is the British English term and it is known as Period in American English.

1. A primarily full stop is used to end a sentence.

2. Full stop is used in some abbreviations.

3. Abbreviations of Latin terms always are followed by a period.

Question marks are only used to end a sentence that conveys a question.

How many apples are there in the basket?
When are you leaving for the holidays?

Exclamation marks are used only when you want to issue an order or speak forcefully. Never combine an exclamation mark with other punctuation in the same sentence.

How can she say she is clever than me!
Bring me that pencil!

1. Quote marks are used to quote another person’s word exactly, whether they are spoken, or written.

My father said “You are useless” because he was angry at me.

Max told the teacher, “I saw Mary at the playground, and she said to me ‘Clare started the fight,’ and I believed her.”

3. Quote marks are used for a particular part of speech used to denote irony or sarcasm or to imply the word is used in an unusual context.

The “great” Mary Scott contributed as much to the Reformation movement as the toll booth at the entrance of a city does to promote tourism.

1. A colon should be used after a complete statement in order to introduce one or more directly related ideas, such as a series of a list, direction, or illustrating the statement or word.

2. The colon is also used to separate chapters and verses from the Bible and to separate hours, minutes and seconds.

1. A semicolon is used to join related independent clauses in compound sentences.

Jack missed the bus; he must now walk two miles to school.

2. A semicolon sometimes is used to imply a cause-effect association between two sentences which are joined by a semicolon otherwise they would have to be stated as two independent sentences.

The party lost the elections; factionalism is costing the party heavily.

It is also called Brackets in British English. Most commonly, it is used when there is extra, nonessential material included in a sentence. Except for your emoticons, parentheses always appear in pairs.

There is a topic you are mentioning in this book (see page 145).
Amazon rainforest (in Brazil) is the world’s largest tropical rainforest.

2. It is used to show the omission of letters.

Cannot be written as can’t.

Keep in mind that the dash does not take space before or after it.

The house was empty at the time of thief break-in.

2. The hyphen is used to join two words to create a compound noun.

Visit out blog page, for more such articles on English Grammar

Written by,
Jaini Bhavsar (There’s always room for bliss.)
19th June 2020
Connect with me on LinkedIn 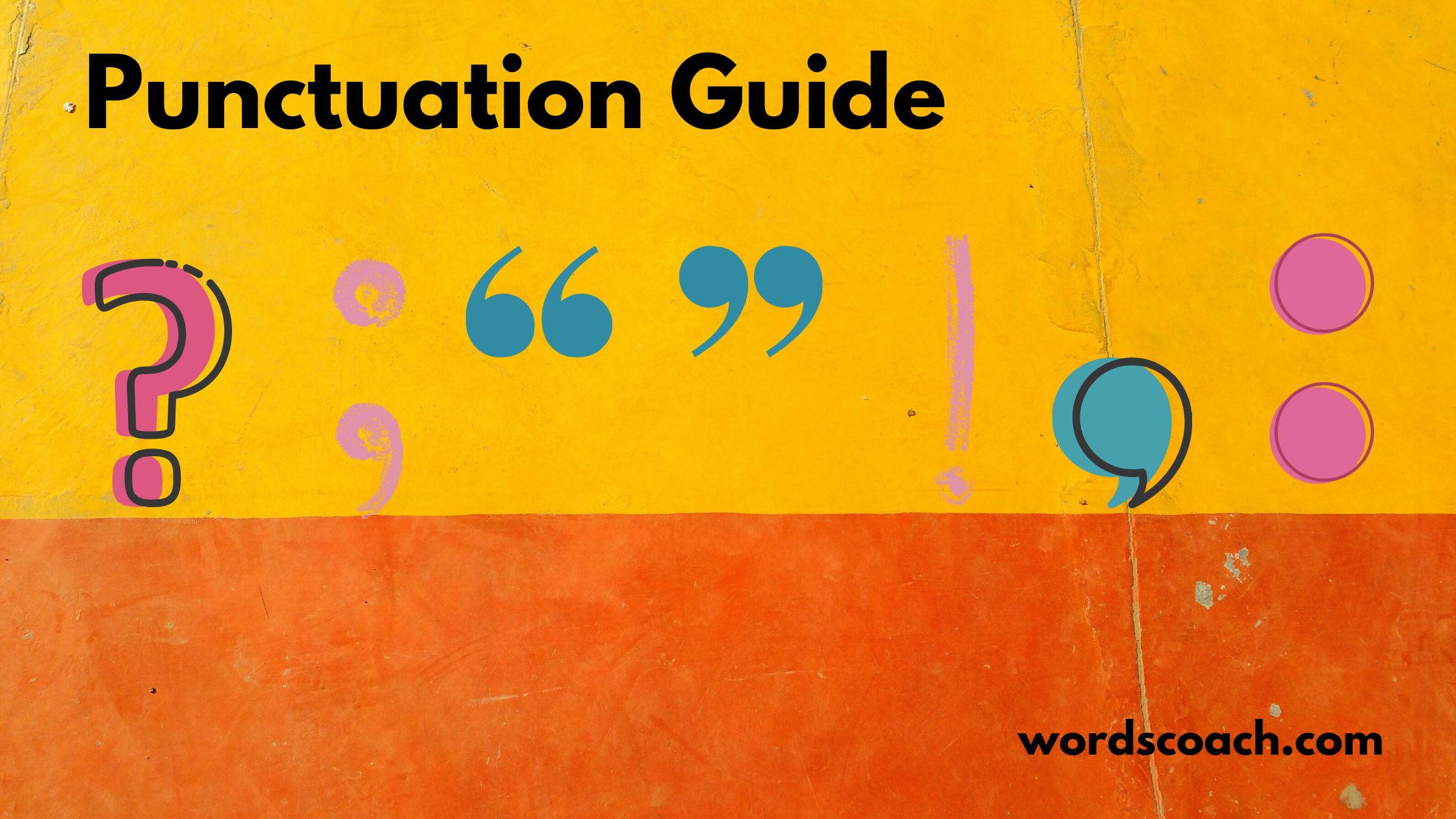 Article Name
10 Types of Various Punctuation Marks and Know the Usage of Them
Description
Proper punctuation is required in written English. It gives the reader an understanding of the meaning of the text and an idea conveyed by a writer. Here is a list of 10 punctuation marks you should know about. Also, provided with the appropriate examples for a better understanding.
Author
WordsCoach
Publisher Name
WordsCoach
Publisher Logo